Oh hey everyone! It’s my Dad’s birthday! Happy Birthday Austraalien Papa. I don’t know how you feel about me revealing your age on the interwebs, so lets just leave it at the vague 5o something mark.

Here are 50 something things you shouldn’t get your Father on his 50 Something Birthday:

1. A 40 oz Bottle of Hard Liquor
Pops, you’re old now. You should be in bed by 8.30pm LATEST. What do you think you are?! Forty something?! Enjoy your 50’s with some chamomile tea and MAYBE a glass of Bailey’s and Milk…if it’s Christmas… and you’re feeling wild and frisky.

2. A Pet Rock
Dad, I just don’t know how many more years you’re going to be around, and a Pet rock is a lot of responsibility. I wouldn’t want to get you a pet rock only for me to have to adopt it back. So. Probs just stick to pets that die more frequently. Like Goldfish. Good ol’ predictably death-hungry fishes. Yay!

3. A “cool” Sweater
I don’t want you to get mugged by hipsters who want to steal your style, you trendy old man you (I already see them eyeing up your 80’s jeans…isn’t it great they came back in fashion!)

4. A Map
Look Dad, all of the places you wanted to visit but you never will!

6. Best of Nickleback CD
No one should own this, and despite the old man jokes, I actually love you.

7. A life-time membership anywhere
Well. You’re not going to use it much are you? Probs should have bought it for you when you were born. Get the most use out of it.

8. A Pound of Mar-i-ju-ana
You’re already moving slow enough and laughing at lame things. Lets just leave that one alone.

9. A Vehicle
PAHAHA like i’ll ever be able to afford a vehicle. Also should you be driving? Think of society.

15. Concert Tickets
Who knows if you’ll be around… we can’t plan that far ahead!

17. Ties
How many working days do you really have left in you?

18. A retirement plan
Can’t afford…on your own old man

19. Adult diapers
I don’t want to deal with your shit…literally…

35. A turtle
I don’t want you to feel bad when it out lives you

36. Protein Powder
Do you even Lift?

45. Wooden Spoon
Wouldn’t want you to hurt yourself.

50. List of 50 something things people shouldn’t buy you and take every opportunity to poke fun at how old you are…..ohhhhh shitttt

Just kidding Daddy! I love you so much, and I hope one day I’ll be as cool as you were in your mid to late twenties.

And as skinny.Thanks for the Genes! 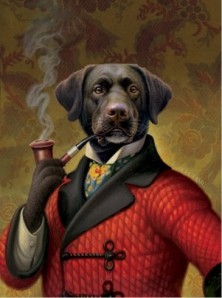 Welcome to Austraaliens fantastical Wednesday blog post featuring your host (me) blunt, vertically challenged, Australian, do-gooder, and the ridiculous and often troublesome existence of my being.

I’ve completely digressed from where I was going.

Let me just re-fill this pipe and we’ll begin again.

Now where was I.

Now, I’m a fairly mild-mannered person when it comes to most things. If I’m angry, you’ll know – because I will punch you. If I’m sad, you’ll see because my face will look like this: 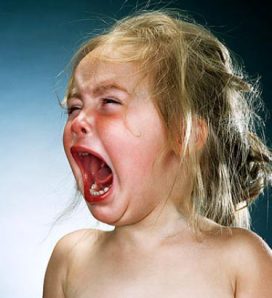 My emotions are fairly close to the surface.

That, and I’m blunt. Maybe too blunt. But the great thing about bluntness is, it saves time and avoids confusion.

I find that Canadians in general, are not very blunt.

This has caused a fair amount of cultural-lost-in-translation moments since I first arrived here six months ago. (Oh you Canucks and your polite-ish ways. How do you stand your maple syrup selves?)

But the thing that most gets to me, is the way people get angry here. No one gets REALLY shouty angry. It’s more quiet, snarky, commenty angry. And quiet angry frightens me. Quiet angry is from childhood, the moment before your parents would EXPLODE with rage.

Side story: When I was a (spoilt) child and my brothers and I were all under the age of ten, my mother made and painted for us the most INCREDIBLE child-sized table and chairs. The four chairs, (if I remember correctly) were shaped and painted like Jasmine, Peter Rabbit, The little mermaid and Winnie the Pooh. The table was painted beautifully and had corresponding character friends in the corners of the table (Flipper was one I can remember…the others not so much). Despite being somewhat of an underrated artist, my mother was also working as a radio announcer on a breakfast show, raising us three scally wags, looking after the house, 2 dogs, cat, 2 birds and being married to my lovely father who was going through somewhat of a midlife crisis (pretty much every 3-5 years) (dyeing hair blonde, buying motorcycles). I now realize that my mother would have only been a few years older than I am now, having gotten the babies popped out nice and early.

Side story continued: My Mum was/(is) a yeller. When she is ANGRY.YOU.FUCKING.KNOW.IT. She wasn’t really a smacker, but getting shouted at on the occasions we were naughty, was like a smack to the eardrums. Fine. So I can deal with shouting, and while those times were scary, they were hot air and tears and then kisses and forgiveness. It was the quiet, simmering anger, the kind that only came out rarely in my mother, that terrified the living shit out of me. When my Mum was REALLY angry, back in the day, and we’d be sitting at our awesome table, bickering and being little pricks, my Mum would calmly and quietly go to the kitchen drawer, take out the wooden spoon (a symbol of smack-time) and put it on the table in front of us.

No yelling. Just a quiet danger.

Our instant reaction would be to sit up amazingly straight, stop whatever nonsense or tom-foolery we had previously been about, and resume dainty, quiet table manners, like the ladies we would all become.

That is how I feel in Toronto sometimes. Not like a lady with impeccable table manners, but rather as a child at a Disney table who has been presented with a calm quiet fortune of wooden doom.

Today for example, taking the crowded subway downtown because it’s wet and cold, everyone is squished into the car. I flatten myself so people can get past me that want to get out and a women with a bad hair-cut says passive-aggressively “Good job not moving!” as she shoulder charges me out the door.

I never bother to reply, but today I stared at her pallid gross face and said with all the haughtiness I could muster “There’s no need to be rude.” Did I feel good? Not especially. I’ll never see that woman again. Okay maybe I felt a little good. Bitch, that’s right I got the last word in.

There really IS no need to be rude.
She could have said “excuse me” or “could you move please” or “If I could just get by..”
OR
She could have been angry, own that anger, go for it and say “MOVE FOR GOD’S SAKE” or “FUCKING MOVE” or “EXCUSE ME WALRUS YOU’RE IN THE WAY.” I mean I would have gotten it. It’s Wednesday, number one, it’s cold outside but SWELTERING in the subway, and in general if you’re a middle-aged woman with a terrible sense of style, well I mean…you’re just generally going to be mad.

Grow a pair and say what you mean. That, or don’t take the f-ing subway!

Now excuse me while I sip brandy beside my TV which is set on the log fire channel.