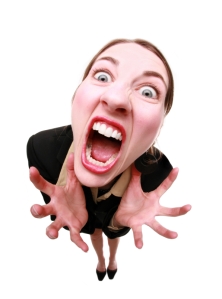 I have an extremely addictive personality. If I like something, I have to have/do/watch it every day until I hate it and I can’t stand the taste/sight/smell of it.

Addictive personalities run in my family. It’s why I tend to stay away from drugs (and pokemon).

I can have nothing or I have to have it all.

There is no in between for me.

The thing is, I know this about myself. I love a thing too hard, until I kill it, like a toddler and a kitten (gentle pats Paris…NO!)

There are two ways an addiction can go with me, I’ll either come to the end of it and accept it (like TV show series) and the addiction will die down (until I attempt a re-watch-athon) or I will get over it (hence the can’t stand it thing as mentioned above.)

There is a third element to my addictions, it is something that rarely happens but it does from time to time.

I will become insanely addicted to a food product, and then because of my geographical nomadicness, that item will not be available to me.

This has happened with many Australian products (which I must say are slowly infiltrating the North American market – like Tim Tams) and quite a few Hong Kong products (although nothing can ever quite compete with fresh Hong Kong street food).

The craving for products from overseas is too much to handle at times, but somewhere in the addiction center of my mind I realize that it was my choice to move away from such deliciousness the knowledge that the lack of a product it is self inflicted, diminishes the stranglehold somewhat.

But what if something I was addicted to suddenly became unavailable? What of the terror then?

It is that which led me to reach out to Pepperidge Farms this week and compose the following letter:

To Whom it May Concern
I’m an Australian who has been living in Toronto, Canada for almost three years. I originally came to work in a summer camp up in a small town in Ontario called Haliburton. There wasn’t much going on in Haliburton. There was a bar (where we would spend our one free evening a week getting hammered and awkwardly making out with other Councillors) an ice cream place, and a supermarket.

It was at this supermarket that I discovered your Salt and Vinegar goldfish. I would buy three packs on a day off, hoping they would last me until the next free day, but sadly admitting to myself that they would probably only last until the next morning (If I hid them well enough from the other Councillors/campers/myself).

The following summer a similar pattern ensued, although I got wise, I bulk bought them before camp so there was a seemingly never ending supply.

That was almost 2 summers ago. Now that I am in the city full time, I have been to numerous supermarkets, convenience stores…anywhere that might sell your delicious product.

And I can’t find it…anywhere!

Salt and Vinegar Goldfish were the first thing I truly loved in North America, that was better than what we had back in the land down under (very superior candy/chip selection I’m sorry to say…except for this!) The Canadians can keep their poutine and their aisles and aisles of BBQ sauce, I just need to know that there are still Salt and Vinegar Goldfish out there.

Tell me they still live, and then tell me where that magical place is so I can consume them all!

This is word for word the letter I wrote to the manufacturers of those sweetly addictive fish-shaped crackers (i’ll admit I took out the word “crappy” before poutine… Pepperidge farms is an American company and in many ways…I wanted to suck up to them… don’t tell poutine… I still need that shit).

I’m not sure if my email will reach a real live human, or if someone in customer service will think that I am in fact a lunatic, and swiftly delete my email.

But the addiction demanded that I at least ask….

One thought on “The Salt and Vinegar Goldfish Plea”